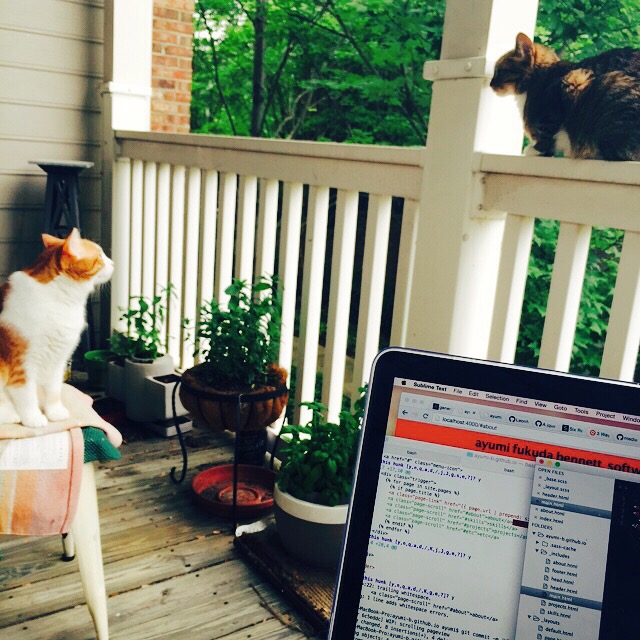 Born in Japan but raised in the southern Appalachian Mountains, I never left Nashville once I came to study at Vanderbilt University. A keen observer of people, places and systems, coupled with a deep love for design, I've often bought magazines, not only to read the content, but so I can save the cover design. My desire now is to craft an online experience that people yearn to return to.

Conjured, Pitched and Presented this Collaborative project during Hack TN 7.

A RubyonRails Capstone project that promotes more community engagement and accountability among those in the Nashville Technology sector.

How did I first get involved in journalism? As an editorial cartoonist for the college newspaper.

+ Piet Mondrian: one of my favorite artists. + + + Both cats in the photo at top are from the Nashville Humane Association. +

A big NFL fan, I play on a fantasy football league with my high school friends (Class of 1999).

My husband and I try to visit at least one Frank Lloyd Wright building each year.